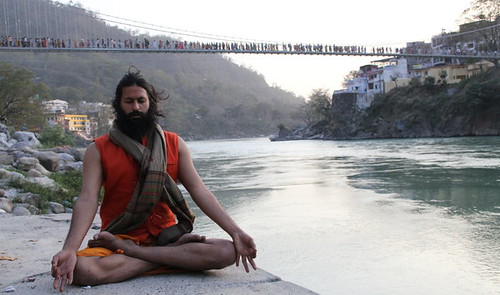 Have you seen Kumare yet?

Admittedly, I am way late to this party. I had heard a bit about the film from friends awhile back, then I made it a point to see it after I stumbled upon an extensive conversation between the director Vikram Gandhi and comedian/podcaster Pete Holmes on the latter’s weekly show You Made It Weird. They cover a lot of Serious Topics (gurus, yogic philosophy, selflessness, spiritual paths, spiritual names, psychedelics, practice, dancing, etc) with both depth and levity. It’s a marathon 3 hours and 7 minutes long, but well worth the long listen. I hung up the headphones inspired.