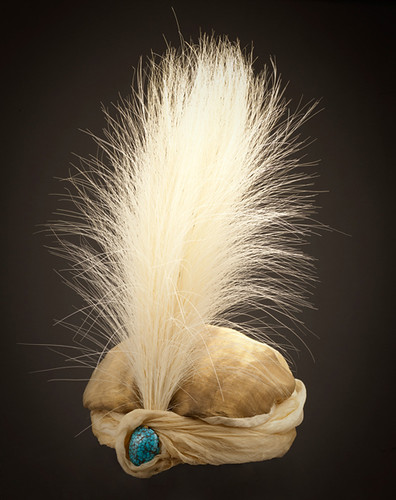 I know I know, we’ve been talking turbans for over a year, and I am just now getting around to covering The Man himself, the O.G. of 20th century westernized turban appropriation (and arguably the most important and influential figure in the history of modern women’s fashion), the one and only Paul Poiret.

Every decade has a designer who, above all others, is able to divine and define the desires of women. In the 1910s, this was Paul Poiret, known in America as “The King of Fashion” and in Paris as “Le Magnifique”. That said, his influence extends far beyond a single decade. More than any other designer of the 20th century, Paul Poiret elevated fashion to the status of art. 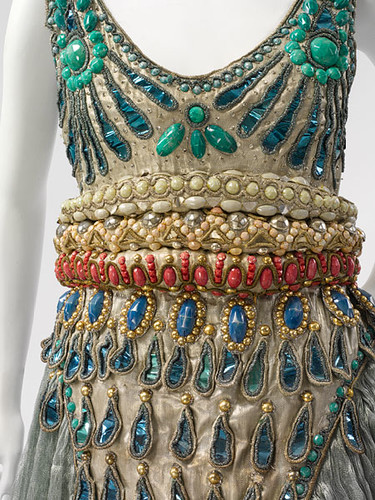 Born into a working class Parisian family in the late 1870s, Poiret’s skilled hands and natural charisma gained him entry into some of the most exclusive ateliers of the Belle Époque, and he eventually rose to become one of the twentieth century’s great couturiers. 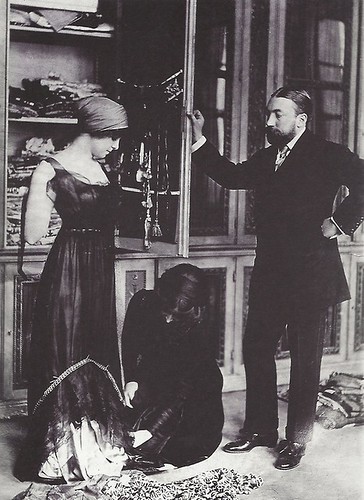 Poiret’s most immediately revolutionary contribution came when he shifted the emphasis away from the skills of tailoring to those of draping, moving the support point of the dress from the waist to the shoulders. Poiret’s reintroduction of the Directoire-style dress abandoned the lavishly ornamental S-curve corset of the Belle Époque for a straighter sheath-like garment, allowing greater bodily ease of movement. As such, Poiret played a pivotal role in sartorially liberating the female body, first from the petticoat in 1903 and then from the corset in 1906. Observe the sheer roominess: 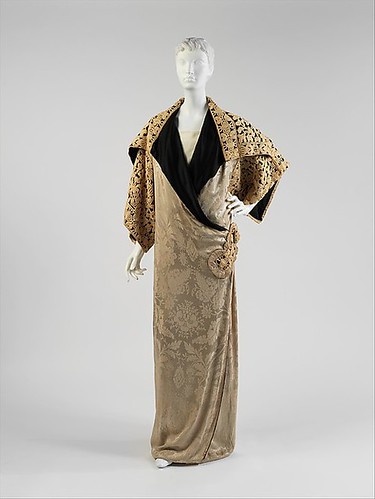 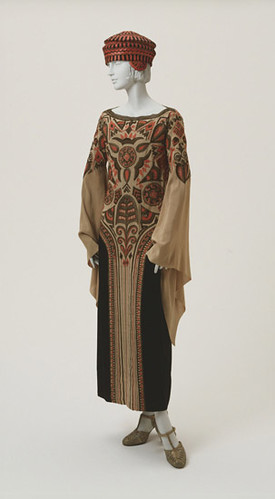 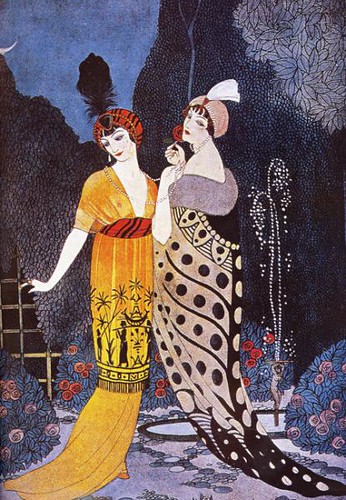 Poiret was an Orientalist, drawing much influence from the art and design of the East, and favoring rich embellishment and embroideries. Further inspired by Leon Bakst’s extraordinary stage costumes for the Ballet Russes in 1910, he became enchanted with Russian, Near Eastern and Far Eastern costume ideas from which he borrowed, thereby introducing such exotic references to the haute couture. In 1910, he extensively studied the collections of Indian turbans at the Victoria & Albert museum. He soon made his own versions for his couture collection, and the turban quickly became an eveningwear staple and the ultimate luxe society accessory. From then on, it was (and remains) something of a signature for Poiret. 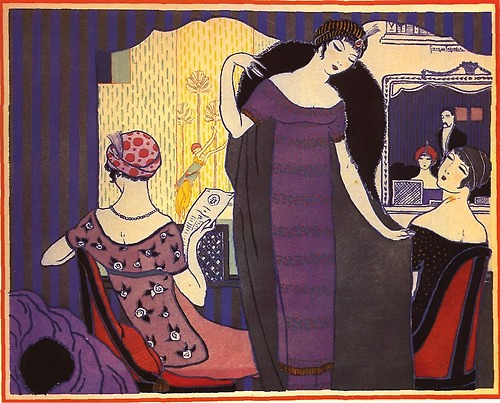 In 1911 he became the first fashion designer to create and market his own perfume. In the same year, he also opened Martine, an interior design business. At first, Atelier Martine produced only textiles and wallpaper, but soon expanded to create carpets, lighting, hand-painted glassware and ceramics, and other items for interiors. Furniture and interior decorating services were introduced later on. In short, Poiret cultivated the first of fashion’s now-ubiquitous “lifestyle brands”, long before such a term was coined. 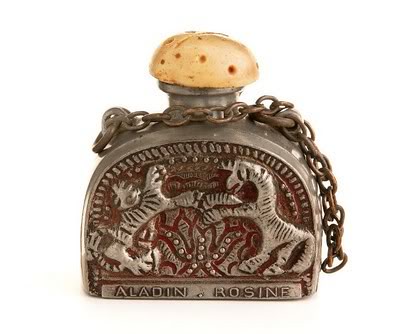 Poiret enjoyed continued success up until World War I, when he was summoned to military service, working as a tailor and helping streamline uniform manufacture. His postwar return was not met with the same success he had previously known. His love of the lavish and theatrical put him at odds with the ever-changing modernist aesthetic that overtook fashion after World War I, when people favored efficiency in every mode of life. And so began Poiret’s downfall. He sold the rights to his name in 1925 and the business was eventually closed by its new owners in 1929, with his remaining designs sold by weight as scrap. His wife Denise left him in 1928. Poiret spent the rest of his life doing odd jobs in relative obscurity and was by most accounts destitute by the time he died in German-occupied Paris in 1944.

For reasons not totally comprehensible to me, Poiret was relegated to the sidelines of fashion history for many years. His first major resurgence occurred in 2005 with “La Création en Liberté“, an auction held in Paris, consisting of more than 600 items belonging to Denise Poiret. Many pieces were purchased by major museums, including the Metropolitan Museum of Art, who then staged a sweeping retrospective exhibition, Poiret: King of Fashion, in 2007, thereby cementing his place in the canon and giving him the recognition that he has long deserved.

I’ll leave you with a few more classics. 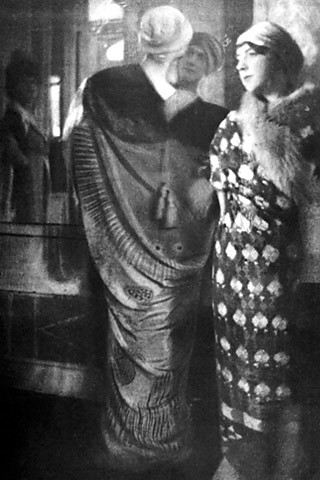 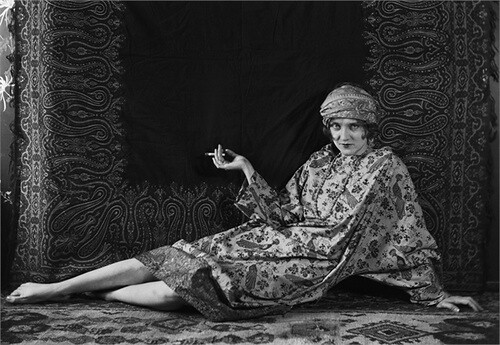 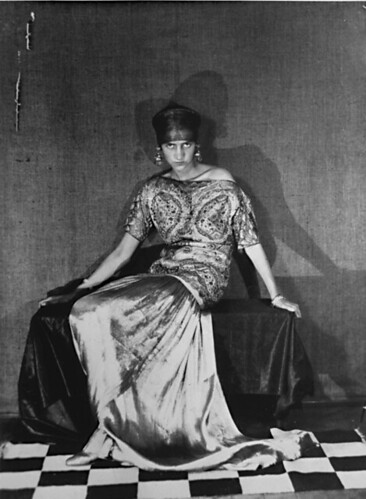