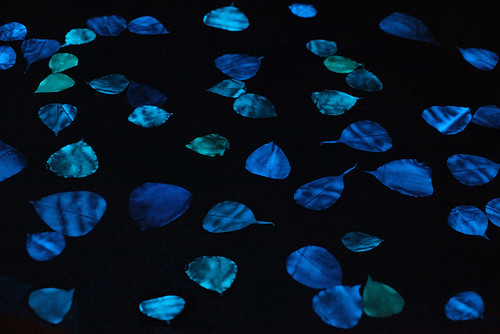 A favorite phenomenon of mine, in the art news once again!! Via Colossal:

“Last year artist Miya Ando traveled to Puerto Rico where she released 1,000 non-toxic resin leaves coated with phosphorescence into a small pond. During the day the leaves would “recharge” and at night would give off a ghostly, ethereal glow much like the light of a firefly. Titled Obon, the installation was inspired by a Japanese Buddhist festival of the same name that honors the spirits of one’s ancestors. The leaves were also meant to simulate Puerto Rico’s bioluminescent bays, a natural phenomenon caused by dinoflagellates, photosynthetic underwater organisms that emit light when agitated”. 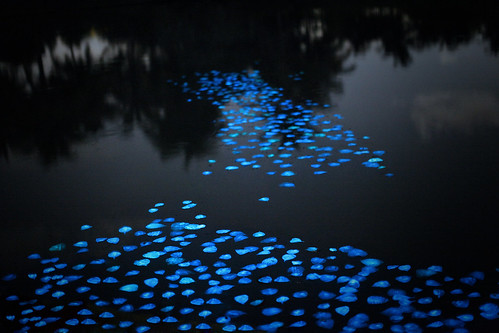 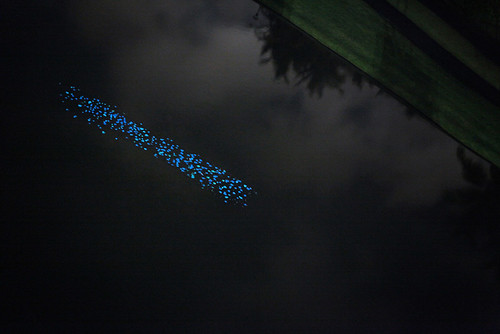 For any of you New Yorkers who want to view her work in person, she’s got an upcoming show at Sundaram Tagore Gallery in Chelsea. The opening reception is on  June 20 from 6-8pm, and the exhibit will be on view until July 20.